What is a freeze plug?

DIYers often refer to a core plug as a freeze plug or expansion plug, thinking that they’re designed to pop out and protect the engine if the coolant/water ever freezes. That’s a myth. That’s not why they’re installed in your engine. They may or may not pop out if your coolant freezes, but it’s just as likely that your engine is already damaged BEFORE the plug pops out. 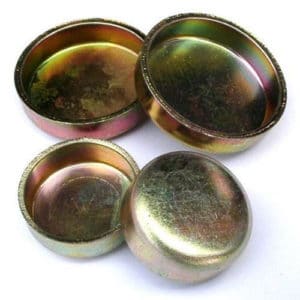 Core plugs were NEVER designed to act as a freeze protection device. Their only job is to allow for inserting and removing sand during the engine casting process. Molten metal is injected into a sand casting to form the engine block. The areas around the cylinders where coolant will flow are filled with sand during casting. That sand must be removed after the casting and it’s removed from holes in the block and cylinder head. After sand removal, these holes are plugged with core plugs. That’s it! That’s all they do. 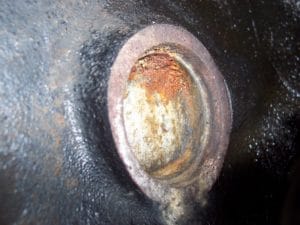 Corrosion. If you don’t change your coolant according to the recommended schedule, the core plug will corrode from the inside/out and leak.

Replacing a leaking freeze plug/core plug is fairly easy IF you have adequate access to get tools in place. Unfortunately, that’s not always the case. In many cases the major portion of the cost of repair is due to labor to remove accessory components to allow access to the plug. The replacement plug itself is only a few dollars.