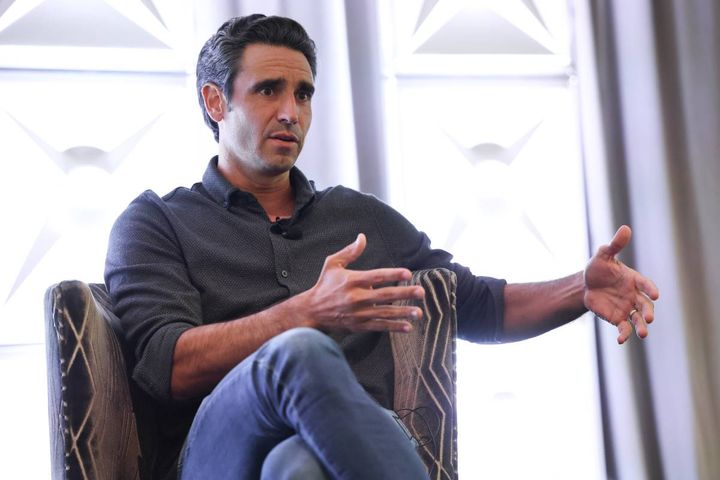 To bolster its growing e-commerce used vehicle business, Carvana just took on a more brick-and-mortar approach for a motoring clientele.

“You need to warehouse and recon those cars to get them retail ready,” said Carvana founder and CEO Ernie Garcia Aug. 17 in an on-stage keynote interview during the International Automotive Remarketers Alliance Summer Roundtable in Nashville. “You need a place to stage the logistics, and there’s no better infrastructure than auctions to serve that purpose.”

In a wide-ranging conversation with John Combs, vice president of commercial customer solutions at ADESA, Garcia elaborated on his company’s purchase earlier this year of the longtime established auction conglomerate.

KAR Auction Services, Inc. completed its $2.2 billion sale of ADESA to Carvana on May 10. The sale, announced in February, includes all ADESA U.S. physical auction sites, operations, and staff at 56 ADESA vehicle logistics centers and exclusive use of the ADESA.com marketplace in the U.S. Carvana goes from operating facilities within 200 miles of 56% of the population to within 94% of the population.

A major factor motivating the deal is the fact that an e-commerce used car retailer needs a physical footprint like Amazon, which is undergirded by a networks of massive distribution centers and transport depots, Garcia said.

Integrating with a major auction company enables Carvana to do more for auction and retail customers while applying economies of scale to complementary services.

“We are more oriented to doing more of the things your customer needs,” Garcia said. “That can lead to complexity, but you have more control in the system to reduce costs and excesses.”

With most e-commerce you can use pre-existing customer-facing transportation companies to build a logistics network to service different types of customer needs, he said. “The customer picks out a car and picks the delivery time,” he said. “It’s a fundamental asset that differentiates ourselves.”

Garcia said there are no plans to close ADESA locations and the two companies will keep their names.

They will retain core functions such as wholesale and retail recon separate and minimize overlap, Garcia said. “We want to enable ADESA and Carvana to run their businesses and create capabilities between us that are optimal for our customers. Integration brings risk and you want to be careful how you do that.

“We must be careful with the data, transaction details, and financials,” he said of the transition. “Traditional mergers massively underachieve their ambitions. It’s hard to integrate groups with defined processes. ADESA has been helpful in how they work together. We are integrating in ways we didn’t think were possible. The team at ADESA embraced us with open arms in ways we wouldn’t have expected.”

Building A Company and Customer Culture to Match

Garcia delved into the evolution of Carvana as a complement to Drive Time, a used car retailer and financing company. DT is the majority owner of Carvana, an online used car retailer, founded in 2012 and launched nationwide in late 2013.

Although Garcia told himself he’d never join in the family business, he went back after working at a New York bank in consumer lending, bankruptcies, securitizations, which he found “too predictive.” He learned about Drive Time and was exposed to people with different world views.

Drive Time and Carvana draw upon a similar DNA, with Drive Time servicing credit-impaired and sub-prime customers on a model that could be adapted to Carvana, Garcia said. “By getting exposure to DT and seeing how it worked, we could see how it could apply to a different customer base with a different business model.”

Garcia has created a company culture physically rooted in wide open spaces with an industrial contemporary décor sans assigned offices. Employees plug in via laptops but can use empty offices for a quiet space when needed. The open culture encourages collaboration and engagement, Monday to Thursday, which are in-office days.

“Every group has a culture, but we don’t articulate it,” Garcia said. “Culture is behavior that governs a group of people. We’ve done things to cement a productive culture within Carvana. Because it’s so amorphous, it’s easy to underappreciate. People are more important than rules you write on the wall.”

Garcia also elaborated on the meaning of “the customer is always right.”

“The next customer could be your mom,” he said. “You want her to be treated with respect and know what’s going on. You know what to do when you imagine your mom being your customer. It cements what is most important.

“You serve customers, shareholders, and all people inside the company,” he added. “When first starting out, you’re forced to focus solely on your customer. When you’re bigger, you can lose sight of that, and lose momentum. You can start to drift and worry too much. If you care about the long run, it’s about maintaining focus on customers.”

Garcia acknowledge how buying a car and be a “difficult, inherently stressful and complicated process.” The many variables, from pricing, to financing, to warranties can produce anxiety.

The question for Carvana became how could it do better than the traditional dealership buying model? Garcia asked. The core goal is to make it as easy as possible, by building a new customer e-commerce experience based on a self-help system and an integrated vertical supply chain.

“People who take on projects tend to be optimists,” Garcia said. “The more knowledge you have, the more appreciation you have on how hard it is.”

In response to an audience question about Carvana’s profit, loss, and share price gyrations this year reported abundantly in the business media, Garcia said, “I don’t think it’s anyone’s job in the world to make anyone’s path easier for someone else.”

Garcia said no company’s growth and expansion ever happens in a straight, easy line, and part of the process is “people who will line up and kick you in the face.” That path involves an interplay of setbacks and successes, and Carvana is no different, he said.

“We guessed wrong what this retail year would be like and found ourselves out of balance and had to make changes,” Garcia said. “I’m a massive optimist, and I think to make progress in anything, you have to get knocked down many times, take the pressure, turn it around, and make it something positive.”

He credited investors who believe heavily in what Carvana is building and their willingness to fund the company’s potential because of a further belief in the economics to come.

“We plan to get up and kick back. Give us time.”